A Greyhound bus carrying 49 passengers collided with a tractor-trailer on Aug. 30, 2018, killing at least 8 passengers and injuring many more. The collision occurred on Interstate 40 near Thoreau, New Mexico at around 1:00 p.m. local time. The passengers were on their way from Albuquerque, New Mexico, to Phoenix Arizona. The National Transportation Safety Board is investigating the crash, which highlights how deadly collisions between a bus and a truck can be.

Lawsuits have now been filed following the New Mexico bus crash, which happened when a semitrailer headed east on Interstate 40 control and veered across the median, colliding with the Greyhound bus that was headed in the opposite direction. Reports indicated the tractor-trailer lost the tread on one of its tires.

Eight people died and dozens more were injured in the tragedy, which destroyed the front of the bus and resulted in the semi-truck flipping over. Among the injuries were spinal injuries and broken bones. Some survivors—including two infants—were placed in intensive care. The truck driver suffered minor injuries and, so far, has not been charged in the crash. The bus driver, who had 27 years' experience driving with Greyhound, died in the collision.

.@DonDahler: "Is there anything you want the say to these families?"
Truck driver involved in fatal Greyhound bus crash in New Mexico, in which 8 were killed: "I'm sorry. I mean, I don't know if I could do anything to change it. I would, but I can't." https://t.co/qbTIWbEMrj pic.twitter.com/58N27x6aGj
— CBS Evening News (@CBSEveningNews) August 31, 2018

Authorities identified those who died in the bus crash:

Officials declined to name one of the deceased, noting that the victim was likely homeless, and they were experiencing difficulty locating the next of kin. The New Mexico Office of the Medical Investigator determined all victims died from accidental blunt-force trauma.

Victims and their families have now filed lawsuits against the truck driver and trucking company alleging negligence on their part. According to the Federal Motor Carrier Safety Administration, JAG Transportation Inc. has reportedly been in three crashes in the last 24 months.

While waiting for emergency personnel to arrive, passing motorists assisted victims of the bus crash, helping them climb out of windows using ladders. In thanking them for their efforts, New Mexico State Police Chief Pete Kassetas called the motorists heroes.

"For them to stop and get involved is amazing," Kassetas said. "I commend them. To get ladders, to get into the bus to get people. Can you imagine?" 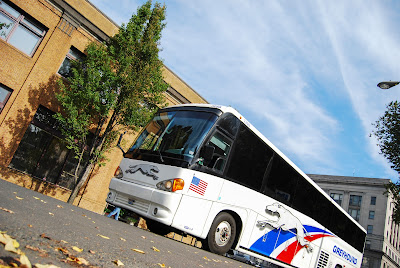 Witnesses described a scene filled with chaos, crying and screaming as people tried to escape the bus. Eric Huff told CBS News the semi-truck's cab was shredded to pieces while part of the bus was torn off. Photos of the accident site show debris scattered across I-40, with the bus partially off the road.

"I was really traumatized myself, because I've been driving about two years and I had never seen anything like that before," said truck driver Santos Soto III, about the scene he came across. "I'm a pretty strong person and I broke down and cried for at least 30 minutes."


Other motorists described the scene as terrible and intense. Survivors told reporters they were traumatized in the crash, continually reliving the experience and remembering the faces of fellow passengers who died.


Investigation into Crash is Ongoing

Although the New Mexico Office of the Medical Investigator determined the tractor-trailer involved in the crash experienced a tire failure, setting off the tragic chain of events, an investigation into the crash is ongoing. The National Transportation Safety Board (NTSB) and New Mexico state police are investigating, and Greyhound is also conducting an investigation.

The NTSB sent the blown tire to Washington, D.C. for examination and the truck's electronic log was pulled to determine if the driver was behind the wheel for too long. A full report into the crash could take a year or more.