Investigations continue into a deadly collision between a tour bus and three other vehicles outside of Albuquerque, New Mexico. Three people died in the July 15, 2018, crash and two dozen others were injured, some critically.

First responders and 911 calls described a disturbing scene, with children injured and individuals trapped inside the bus, waiting for authorities to cut an escape route with equipment. One area officer described the accident as one of the worst in his career.

Safety on such buses has been a concern in the transportation world, but some tour buses still have no seatbelts or lack the proper rollover structural integrity. These issues only exacerbate the dangers involved in a bus crash. 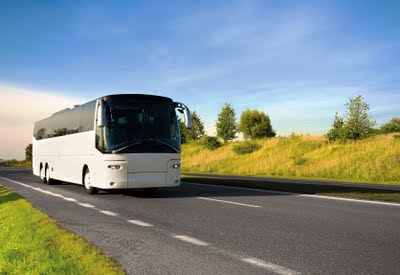 Authorities say the fatal collision occurred at approximately 2:00 a.m. as an El Paso-Los Angeles Limousine Express bus traveled in the Bernalillo area less than 20 miles from Albuquerque, New Mexico. Further investigation is needed before officials reach a conclusion on the cause of the crash, but authorities have determined some facts already.

The Sandoval County Sheriff's Office says that the crash was initiated by a southbound car, driven by an unidentified driver, that rear-ended a pickup truck. The impact of the collision threw the driver from the passenger car, and the car came to a stop in a southbound lane in the path of the charter bus that was traveling the same direction. Damage to the car was significant enough that officials say they do not believe any lights from that vehicle were visible to others on the road.

Lt. Keith Elder with the Sheriff's Office says the bus driver attempted to avoid the car and thrown driver with evasive action, but the maneuver caused the driver to lose control of the bus, which then rolled onto its right side and came to a rest in the northbound lanes, where the pickup truck also ended up.

The events involving the passenger car, pickup and bus were devastating in themselves, but things worsened when a semi-truck traveling north sideswiped the rolled bus before losing control and swerving off the road.

Sandoval County Fire officials said that 35 people were on the bus, but did not detail how many of those were among the 38 individuals they assessed as the scene. Officials also did not give details on how many other people were in the other vehicles involved in the crash, nor on the identifications of the deceased. They did report that one of the dead was the driver of the passenger vehicle that set off the chain-reaction bus crash.

James Maxon is the Fire Chief for Sandoval County and elaborated on the devastation of the crash in a news conference that morning.

First responders arrived at the scene to discover some of the bus passengers trapped inside the vehicle. Rescue efforts included hydraulic cutters that were used to cut bus seats and create escape routes for those trapped. An opening in the bus's windshield also provided an escape route for some of the passengers, while images from the scene show emergency exits on the roof of the bus popped open.

Officials closed Interstate 25 in the area for nearly 12 hours as they worked to aid victims, clear the wreckage, and investigate the crash.

Despite the early hour of the New Mexico bus crash, calls to 911 were quick and frequent. Recently released recordings of those calls capture the pickup driver—who was first struck—asking emergency personnel to hurry and yelling at other drivers to slow down. Other callers are heard crying and winded, while they describe a scene of unconscious victims and bleeding children.

All three unidentified individuals killed in the crash were pronounced dead at the scene. The 24 injured people sustained injuries of varying degrees, including four individuals who were listed in critical condition following the crash. Their conditions were upgraded by the evening of July 16, 2018.

El Paso-Los Angeles Limousine Express said in a statement that in addition to the passengers, they had two drivers on board and that both suffered injuries that required hospital treatment.

University of New Mexico Hospital officials said that, as of July 17, 2018, 12 people were still hospitalized from injuries. They listed some of the injuries as head injuries, head lacerations and internal injuries.

Although officials have not publicly identified the victims as they wait to notify their families, one family has already come forward.

El Paso-Los Angeles Limousine Express offers routes throughout the southwest U.S. and Mexico. Yelp reviews for the company raise concerns over the quality of the buses and the company's safety.

Part of the statement we just received a few minutes ago from the president of the bus company, El Paso-Los Angeles Limousine Express. Says bus was traveling to El Paso from Denver pic.twitter.com/ucD0MsR3o1
— David Lynch (@RealDavidLynch) July 15, 2018

Jerry Rosenbaum is the president of El Paso-Los Angeles Limousine Express. He said in a statement following the crash that the bus involved had begun its route in Denver, Colorado, and was bound for El Paso, Texas. He said the company was cooperating with authorities for the investigation, and that they would arrange transportation for passengers who had been hospitalized, once they were released.