September 20, 2017
A bus crash in Queens, New York, killed three people and injured 16 others in the early hours of September 18. The crash involved two buses—an MTA (Metropolitan Transportation Authority) bus and a charter bus operated by Dahlia. Witnesses reported the charter bus ran at least one red light before the collision. 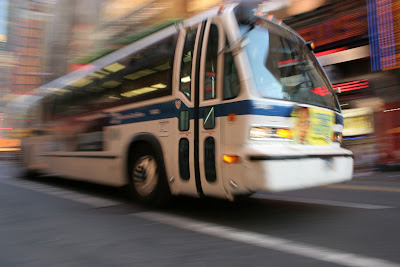 Killed in the crash were:

Both Mong and Liljefors were pronounced dead at a local hospital. Wdowiak was trapped beneath a bus and died at the scene.

MTA and Dahlia Buses Collide at Intersection in Queens

The Dahlia charter bus collided with the MTA bus at around 6:20 a.m. as the MTA bus made a right turn from Main Street onto Northern Boulevard. The force of the collision pushed one of the buses onto the sidewalk and into a building, where a fire later started.


Officials immediately believed speed was a factor, noting that it would have taken high speeds to turn the buses around in the collision. The New York Times reported that the charter bus was traveling around 58 miles per hour when it hit the MTA bus.

3 people were killed and more than a dozen were injured in a bus crash in NYC https://t.co/4pssCjhDIa
— The New York Times (@nytimes) September 19, 2017

In all, 16 people were injured in the queens bus crash, with five suffering critical injuries. Included in the injured was the driver of the MTA bus.

Witnesses reported that the Dhalia bus ran a red light just before it hit the MTA bus, and security footage appeared to confirm that account.

Visiting the scene of the wreckage, New York City Mayor Bill de Blasio said the morning was tragic and noted that he couldn't compare the destruction from the collision to anything he had seen.

The family of Henry Wdowiak says they're angry about the accident. Wdowiak had reportedly taken a new route to work that fateful day, a decision that had tragic consequences. His family members, however, are angry that Mong was behind the wheel of the bus.

"I'm speechless at this point," Wdowiak's stepson said. "This shouldn't happen. It makes me angry because of a mistake of whoever hired this person."

Mong, who was driving the Dhalia bus at the time of the accident, was fired by MTA in 2015. Reports indicate Mong was arrested for driving while intoxicated when he was in Connecticut. Following that incident, Mong was fired by the MTA. He was also given 18 months' probation and a suspended sentence.

Despite that conviction, Mong was hired by Dhalia Group to drive its buses. Robert Accetta, a lead investigator for the NTSB, said Mong was licensed to drive the bus in New York. Mong's neighbors described him as a very good man.

Liljefors, 55, was a security guard headed home from work when he died in the crash.
"He was a good man," said Audris Liljefors, the victim's widow. "He was a good husband for 27 years. He was a good father to his two stepsons."

In the wake of the bus crash in Queens, officials and residents called for stricter safety measures and regulations for private buses. In addition to concerns about Mong's hiring, they noted that the high number of large charter buses can clog city streets, making driving more hazardous. More than 20 private carriers operate in the section of Flushing, Queens where the accident occurred.

"Private bus companies must be held to high standards of safety and accountability while they put the lives of others in their hands," said City Councilman Peter Koo.

Speaking with reporters, United States Representative Grace Meng said officials should consider federal laws to prevent future crashes, especially since there are no standards regulating how many infractions a driver can have before their license is revoked.

In 2016, a bus operated by Dahlia Group was involved in a Connecticut bus accident. One person died, and another 36 were injured in that crash.