Texting May Be a Factor in Texas Church Bus Crash

Thirteen members of the First Baptist Church of New Braunfels were killed on their way home from a retreat in Leakey, Texas, after a pickup truck driver collided with the minibus they were traveling in. Witness reports following the accident indicate that the pickup truck driver was driving erratically before the bus crash and admitted he had been texting. If the investigation confirms that texting caused the crash, it will be yet another incident where distracted driving has had catastrophic consequences for others on the road. Although buses are often viewed as being a safe mode of transportation, people onboard can still suffer devastating injuries when a bus accident occurs.

The Texas church bus crash occurred on Wednesday, March 29, 2017, as the primarily older parishioners were traveling back to New Braunfels. The minibus—a 2004 Ford E-350 series van converted into a minibus—carrying them was southbound on a two-lane section of Route 83 near Garner State Park when, at approximately 12:25 p.m., a white Dodge pickup truck collided with it. The curved section of road where the accident occurred is in a 65 mph zone and is less than 10 miles from the retreat the parishioners had been attending.

There were 14 passengers aboard the minibus, including the driver, 67-year-old Murray William Barrett. Of the 14 aboard, 12 were pronounced dead at the scene. Another minibus passenger was taken to a San Antonio hospital and died there. 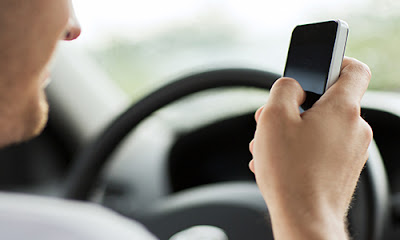 Only one passenger, 64-year-old Rose Mary Harris, survived the Texas church bus crash and she is listed as being hospitalized in stable but critical condition. The driver of the Dodge pickup, 20-year-old Jack Dillon Young, also survived the crash and was listed as being in fair condition at University Hospital in San Antonio, though details have not been given as to his injuries.

Speaking with reporters after the bus crash, DPS Sgt. Orlando Moreno said that the pickup truck Young was driving, which was traveling north, crossed the centerline into the southbound lane and hit the mini bus head on.

Leakey resident Jody Kuchler and his girlfriend, Thania Sanchez, were driving behind Young for about 15 minutes leading up to the Texas church bus crash, and the erratic driving they witnessed was enough for Kuchler to call the sheriff's offices in not only Uvalde County, where he was driving, but in Real County, which he and Young would soon cross into.

"He kept going off the road and into oncoming traffic and he just kept doing that," Kuchler said to the Associated Press.

In the emergency calls, published by KSAT, an audibly anxious Kuchler is heard trying to convince the responder that an accident is imminent if officials don’t intervene. Kuchler says the Dodge pickup in front of him is traveling at about 80 mph. Soon after, Kuchler calls back to alert the Real County police that Young’s vehicle has hit the minibus.

While he was calling to report Young's erratic driving, Sanchez got out her phone to record what they were seeing. In the video, the Dodge pickup is shown swerving across the road, veering from the shoulder into the southbound lane. At times, the swerving takes place as Young's pickup is approaching a hill or going around a corner. Throughout, a distressed Sanchez can be heard. The recording ends moments before the crash.


Uvalde police Lt. Daniel Rodriguez said deputies were dispatched following Kuchler's call, but that Kuchler reported the bus crash to 911 before they reached the scene. Real County Constable Nathan Johnson stated they also received a call from a concerned woman and had contacted Uvalde to send deputies, but that the woman called back to say that the Dodge pickup in question had hit a bus before they could coordinate a response.

After witnessing the Texas church bus crash, Kuchler went to the aid of both those inside the minibus and Young. It was as he checked on Young, whose legs were trapped inside his vehicle under crumpled metal, that Young admitted what he’d been doing prior to the crash.

"He said 'I'm sorry, I'm sorry. I was texting on my phone," Kuchler recalled of Young to the San Antonio Express News. "I told him, 'Son, do you know what you just did?' he just kept saying, 'I'm sorry. I'm sorry'."

Texas is one of only four states that does not ban texting while driving for all drivers, although a bill has been proposed to change that.

"Even before this tragedy occurred we heard of so many situations of accidents because people had been texting," Rep. Carol Alvardo, D-Houston, a supporter of the bill, said to the San Antonio News Express. "Texas is late in getting this done."

In 2015, the most recent year for which data is available, the Insurance Institute for Highway Safety listed Texas as having the most motor vehicle crash deaths at 3,516 deaths. Texas also had the highest number of fatal crashes (3,124). In 2016 the number of vehicle crash deaths in Texas rose by 7 percent, according to the New York Times, and in recent years, Texas has been home to several charter bus crashes.

Back home in New Braunfels, a church is reeling from the loss of 13 of their congregants. At the first Sunday morning worship service of the First Baptist Church New Braunfels following the Texas bus crash, Pastor Brad McLean spoke of the time that healing from the tragedy will take.

"We gather as a church family who has suffered the loss of 13 of our family members, and so we gather with a heavy heart this morning," Pastor McLean said at the service. "It is important for us to recognize that our pain is real, our loss is real, our grief is real, and as a church family we will have to work through these losses together. It will not be done in one Sunday. It will not be done after one week of memorial services – it will take time."

The church has set up a Tragedy Relief Fund to help with "a variety of needs" and has also set up a site to allow people to donate in other ways, volunteer services, and either request or provide counseling.

Of the 14 onboard the minibus, the ages ranged from 61 to 87 years old, and most were retirees with large families. The National Transportation Safety Board (NTSB) believes that most, if not all, on board were wearing seat belts, with standard three-point seatbelts for the driver and front passenger, and lap belts for the rear passengers.

As the congregation looks ahead to Easter Sunday, the First Baptist Church of New Braunfels wants to acknowledge those who not be attending.

"Although 13 members of our church family will be missing from the church Sanctuary," a statement from the church reads. "We know they are celebrating with our Lord in Heaven."

So far, neither the NTSB nor Department of Public Safety have commented on the cause of the crash or if texting was a factor, but Jennifer Morrison, the investigator in charge for the NTSB, has said distracted driving will be investigated.

The NTSB has interviewed Jody Kuchler and Thania Sanchez, as well as collected cell phone data from Young and the driver of the minibus. The NTSB is also working to collect crash event data from airbag control modules in both the minibus and pickup and expects to finish their on-scene investigation this week.

A preliminary report will be issued in approximately a month. It will not include
analysis or a probable cause.
— NTSB_Newsroom (@NTSB_Newsroom) April 3, 2017