May 25, 2016
A new investigation has revealed that Greyhound, North America’s largest bus carrier, is not enforcing a key safety rule. Bus driver fatigue has become a serious issue for the company, which transports an estimated 18 million passengers some 5.5 billion miles on an annual basis. If safety is supposed to be a priority for Greyhound, why isn’t the company enforcing its own driver fatigue rules? 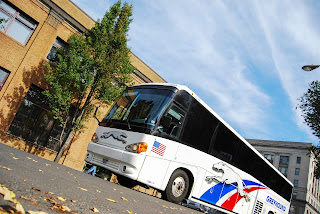 Passengers aboard a Greyhound bus heading to Cleveland from New York bus began to worry early in the morning of October 9, 2013. Back in New York, the bus driver had appeared to have red eyes while passengers were boarding the bus. One passenger recalled seeing her doze off behind the wheel at one point. Others recalled the bus fishtailing for miles.

It was a little after 1:30 a.m. when the Greyhound bus viciously rear-ended a tractor trailer on Interstate 80 in Pennsylvania. The impact ejected a passenger onto the interstate. One person was killed and dozens sustained injuries in a Greyhound bus accident that could have been avoided, if not for the reoccurring issues with driver fatigue.

The most recent fatigue-related Greyhound bus accident happened back in January of this year near San Jose, California. The bus driver told the California Highway Patrol officials that he was feeling tired before the bus crash, which killed two people and injured others.

Driver fatigue isn’t just a Greyhound issue—it has been a longstanding problem for the bus industry as a whole. According to CNN, a 2012 study showed that bus driver fatigue was a factor in roughly 36 percent of all bus accidents in the country.

Fatigue among truck drivers is also a problem. Like bus drivers, truckers occasionally work very long hours through the night, compromising their circadian rhythms. Truckers are also at high risk for developing obstructive sleep apnea. Despite the concern over truck driver fatigue, the trucking industry has dragged its feet on regulation to combat the problem.

As for Greyhound, the company does have a policy in place to combat fatigue. The Greyhound driver rulebook says bus drivers are supposed to stop every 150 miles (the equivalent of roughly two hours and thirty minutes driving time) to stretch, move around and check the vehicle’s tires.

The problem, according to CNN’s Greyhound driver fatigue investigation, is that this rule is merely a guideline for drivers—it isn’t enforced by the company. A review of Greyhound’s posted routes found that many do not include scheduled stops every 150 miles. The route from New York to Cleveland, for example, does not have a required stop every 150 miles.

In a court deposition, Greyhound CEO David Leach testified that it is up to the drivers themselves whether or not they follow the 150 miles rule—the company doesn’t enforce the rule meant to keep people safe from Greyhound driver fatigue. Worse yet, Leach acknowledged that some routes could allow for drivers to stay behind the wheel for over 300 miles without stopping. When asked if he would be okay with his drivers remaining behind the wheel for 333 miles without a break, Leach said in the deposition that “it would be fine” with him.

In the 2013 Greyhound bus accident in Pennsylvania, bus driver Sabrina Anderson never took a break. She was 178 miles into the journey when the bus crashed.

Elora Lencoski was 18 years old at the time of the fatal Greyhound bus accident in Pennsylvania. The last thing she remembers prior to the bus crash is telling her friend ‘good night.’ Her next memory is waking up in a hospital screaming.

Lencoski had a hard time remembering where she was during her stay in the hospital, after suffering a traumatic brain injury and injuries to her neck and leg. She is one of many passengers harmed during the Greyhound bus accident, who are suing the company, claiming the driver was too fatigued to drive.

Another passenger, a man that lost a leg in the 2013 Greyhound bus accident, filed a lawsuit against Greyhound, claiming the bus company “demonstrated reckless indifference to the safety” of its passengers and drivers. The jury sided with the plaintiff, blaming Greyhound for providing “contradictory language in their rules and training” in regards to Greyhound driver fatigue levels, and for not enforcing the company’s own rules. He was awarded $23 million, and an additional $4 million in punitive damages. The jury also tacked on an additional $150 to remind Greyhound to enforce its own 150 mile-rule.

How Will the Bus Industry React to the CNN Greyhound Investigation?

This, of course, is the big question. Greyhound refused to comment on the CNN story, and instead issued a statement saying the company has “an excellent safety record” and continues “to improve our safety program.” According to the Department of Transportation, Greyhound has a “satisfactory” safety record.

Deborah Hersman, who formerly chaired the National Transportation Safety Board, says crashes involving overnight bus operators concerned her and the agency greatly. Hersman believes the risk involved with these overnight trips is tremendous because the driver is forced to remain awake and vigilant at a time when there is biological pressure to sleep.

"I would never pull an all-nighter with my family in the car, knowing what I know about fatigue and night risks, never," says Hersman. We’ll just have to wait and see if the bus industry—and specifically Greyhound—feels the same as Hersman and chooses to address driver fatigue.