October 27, 2015
The nationwide network we rely on to recall potentially defective and dangerous car and truck tires isn’t working, according to the National Transportation Safety Board (NTSB). Robert Malloy, senior staff officer with the NTSB put it simply: the system is “completely broken.”

Why this is important? Well, when was the last time you had to get defective tires swapped out? In all likelihood, you haven’t, but that doesn’t necessarily mean they are safe. It might just mean that you don’t have any way of knowing whether or not your tires are in safe condition.

For tire expert Sean Kane, this not knowing is at the heart of the problem. According to Kane, there isn’t enough information out there for consumers to know even the simplest details about the tires they purchase. Without knowing even the simplest of details—like a tire’s age—it’s impossible to know whether or not a tire is defective.

Tire Dealers Don’t Have to Register Tires With Manufacturers

Independent dealers are responsible for selling roughly 92 percent of all tires in this country. These dealers aren’t owned or controlled by tire manufacturers. 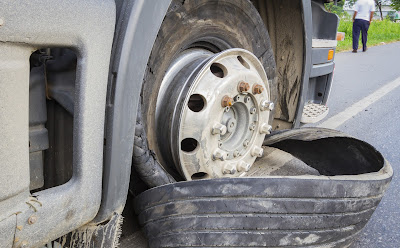 One of the reasons the tire recall system is defective is because these independent retailers are not obligated to register the tires they sell with the manufacturers. So when a manufacturer is compelled to issue important safety information about one of its tires, the company has no idea who to contact.
Between 2009 and 2013, there were 55 tire recall campaigns involving roughly 3.2 million tires.

According to data from the NTSB tire recall report, only 20 percent of tires affected by a recall are returned to the manufacturer. Another 24 percent of tires that were the subject of a recall are taken off the road for other reasons, like normal wear or damage. But this means that just over half (56 percent) of all the tires that were recalled could still be in use. We are talking millions of defective tires on our highways…still wondering why this is such an important safety issue?

The recall numbers are in stark contrast to the 78 percent of vehicles that actually get serviced after a recall is issued. In other words, when a defective car gets recalled, people are able to get the information quickly and get the affected vehicle fixed.

The reason for the higher rate may have something to do with the recall system for cars and trucks. If you go to the National Highway Traffic Safety Administration’s (NHTSA) website, you can enter your vehicle identification number and within seconds, you can see if your vehicle is the subject of a recall. At present, there is no system like this for tires, even though conservative estimates show that hundreds of people die every year in accidents that are at least in part related to tire issues.

The Effects of Having Defective Tires on America’s Highways

In February 2014, NTSB officials investigated two fatal tire-related crashes in which tread separation occurred (when a tire tread separates from its body, the risk of blowout or crash greatly increases). The first crash, in Centerville, Louisiana, involved a sport utility vehicle (SUV) and a school bus. The SUV was heading west on U.S. Highway 90 when its left rear tire blew after tread separation. Four people were killed. A number of students on the bus sustained injuries.

The second crash happened in Lake City, Florida, and involved a 15-passenger van filled with three adults and seven children. The van was heading northbound on Interstate 75 when its left rear tire experienced a complete tread separation. The driver lost control of the vehicle, which overturned along I-75. Two people were killed and eight were injured. The victims were all from First Baptist Church in New Port Richey traveling to a religious retreat.

NTSB officials said the driver of the van, 52-year-old Jeff Nowak, thought there was an issue with the tire prior to the accident. He inspected it but was unable to find a problem, so he kept driving. Unfortunately, the defect was inside the tire and not visible.

Worse yet, the defective tire had been recalled over a year prior to the accident, but hadn't been registered with the manufacturer. According to CBS News, the tire manufacturer took extra steps to determine who purchased the tire, but the recall notice ended up being sent to an outdated address.

The NTSB conducted limited investigations into two other 2014 fatal crashes caused at least in part by tire failure—one involved a pickup truck that sustained tread separation on the left front tire in Eloy, Arizona. The other accident involved an SUV that blew its right rear tire in Patterson, California. All told 12 people were killed as a result of these accidents, and 42 people sustained injuries.

On an annual basis, the NTSB estimates that tire-initiated accidents are at least in part responsible for between 400 and 500 deaths every year. This includes accidents stemming from tires that are defective, under-inflated or punctured. It isn’t possible to know exactly how many deaths are directly attributable to defective tires that have been subjected to recalls. This is in large part because law enforcement officials are not looking for this information when they conduct an investigation.

Either way, that is a lot of deaths on our highways every year, and it doesn’t take an expert to see that many of the deaths involving defective tires could be prevented if our national tire recall system performed better.

So, What Happens Now?

The NTSB report didn’t pull any punches; there is plenty of blame to go around, from the National Highway Traffic Safety Administration’s poor tire recall website, to the manufacturers themselves making it difficult for consumers to appropriately respond to any recall.

Here are the NTSB’s recommendations concerning the tire recall system:

To AAA and the Rubber Manufacturers Association: