August 10, 2015
The more you talk to people, the more you realize that everyone is tired all the time. So many of us are working harder and for longer hours than ever before. When fatigue sets in while you are seated at your desk job and you make a mistake, odds are the mistake can be corrected and you can go on with your day. The likely worst case scenario is your mistake gets pointed out to you by a coworker or your boss. You probably get mad at yourself (and, let’s face it, the person who pointed out the error to you), but you still get to go on with your day, albeit in a not-so-great mood. 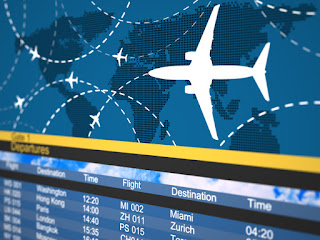 This is not the case if you are an air traffic controller. A controller with fatigue can make one tiny error that causes a plane crash. The same is true for a tired pilot. Put simply: there is a very small margin for error as an air traffic controller, so it is in our best interest to make sure that everyone working in the industry is not worked to the point of exhaustion.

Did you know that an air traffic controller can be asked to work six consecutive shifts for several weeks in a row? That’s right, these men and women work six days a week for weeks on end. Others work five straight midnight shifts. Do you think you could stay alert five straight nights from 10:00 p.m. to 6:00 a.m.? More pointedly, do you think you could be at your best on the third, fourth or fifth night?

It seems unreasonable to expect that out of an air traffic controller, and yet according to a recent Federal Aviation Administration (FAA) study, this type of schedule isn’t uncommon.

Exhausting work schedules for air traffic controllers has led to chronic fatigue, which makes them more likely to make mistakes and endanger air travelers. This information comes from an FAA study that had reportedly been kept from the public for years despite repeated requests to access a copy under the Freedom of Information Act. However, the Associated Press was able to gain access to a draft of the secret FAA study and reported on its findings. On Monday, the FAA posted a link to the study.

The study, which was conducted by the National Aeronautics and Space Administration (NASA) at the behest of the FAA, surveyed over 3,200 air traffic controllers from across the U.S. and monitored the sleep patterns and mental alertness of over 200 controllers at 30 different ATC facilities. According to NBC News, the study came about based on a recommendation by the National Transportation Safety Board (NTSB) to both the FAA and the National Air Traffic Controllers Association (NATCA). The NTSB’s consensus was that rest periods for ATC needed to be changed in order to provide them with enough time to get "sufficient restorative sleep."

Aside from the NTSB recommendation, the study was necessary after several notable incidents involving air traffic controller snafus, like when a controller fell asleep on the job at Washington D.C.’s Reagan International Airport, forcing two airliners to land without help. Or when a regional airline crashed after an air traffic controller cleared the plane to take off on a runway far too short.

Nearly 20 percent of the ATC surveyed in the FAA study said they had committed significant errors (like allowing planes to be too close to one another) in the previous year. Over half of these controllers said fatigue contributed to these errors.

Roughly a third of all ATC surveyed said they viewed fatigue as a “high” or “extremely high” threat to safety.

Over 60 percent of the ATC surveyed reported either falling asleep or having an attention lapse while driving to or from midnight shifts (starts at 10:00 p.m. and ends at 6:00 a.m.)

ATC whose sleep patterns were monitored were found to average 5.8 hours of sleep per day during a typical work week.

Before midnight shifts, ATC averaged only 3.1 hours of sleep per day.

Before morning shifts, they averaged 5.4 hours per day.

The National Sleep Foundation says that healthy adults should sleep between 7 and 9 hours per day.

According to the FAA study, some ATC were scheduled to work five straight midnight shifts.

Others had to work six days a week several weeks in a row. Many had at least one midnight shift per week.

Our circadian rhythms make sleeping during the day before reporting for a midnight shift really hard.

Recently, the FAA was named in a lawsuit alleging air traffic controller negligence after ATC failed to direct the pilot of a small plane to the closest airport using the closest route in an emergency situation. The lawsuit claims that ATC directed the distressed plane through a series of unexplainable turns before the small plane crashed into a home in Palm Coast, Florida, killing all on board.

Tim Loranger, an aviation attorney with Baum, Hedlund, Aristei & Goldman, is representing the family of Charisse Peoples in their lawsuit against the FAA. Peoples was one of three victims killed in the January 4, 2013 plane crash. “When Air traffic controllers have reason to believe they are dealing with an emergency situation, they are duty-bound to act,” says Loranger. “This requires ‘maximum assistance’ to pilots commensurate with risk in the event of an emergency. In this circumstance, the FAA and its air traffic controllers failed to use reasonable care and diligence as would be expected of any controllers under the same or similar circumstances.”

The aviation accident lawsuit was filed in U.S. District Court for the Middle District of Florida, Orlando Division on July 29.

What Happens Now?
The FAA says that in the time since this study was conducted, it has addressed the fatigue-causing issues cited by NASA. According to FAA spokeswoman Laura Brown, the agency now requires at least two controllers to be on duty for midnight shifts, and controllers are now provided at least nine hours to rest between certain shifts. Brown says controllers now also receive more time for "recuperative breaks" during work shifts in accordance with their workload.

The FAA’s sentiment was echoed by the NATCA’s Sarah McCann, who said the NATCA has been working closely with the FAA to create policies and procedures to combat fatigue. McCann indicated that “real progress” has been made in the years since the study.

Sound like things are improving? Maybe. But nine hours between shifts still doesn’t seem like enough time. Think about it: let’s just say the drive home from work is 30 minutes. That’s an hour shuffling to and from work. Now you have eight hours to feed yourself, run any errands, see your kids, enjoy some free time, and, oh yeah, SLEEP! Sure, it’s possible that air traffic controllers are now getting seven hours of sleep, but don’t you think more can be done to make sure air traffic controllers are more well-rested?