June 16, 2015
A balcony collapse at a Berkeley, California apartment building killed six people and left seven others with injuries early Tuesday morning. The incident was reported at around 12:40 a.m. at an apartment on the fifth story of the Library Gardens building.

A neighbor told the media that over a dozen people were attending a 21st birthday party at the apartment in question. Many had stepped out onto the balcony when it just gave way.

People in the area said they thought they were hearing an earthquake when the balcony collapsed. Instead, neighbors looked outside in horror to find several people splayed out on the street, some dead, others with serious injuries. 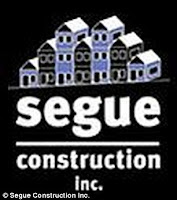 The construction company that built Library Gardens has been the subject of scrutiny over the last couple of years. According to Berkeley City Council member Jesse Arreguin, he has received more issues and complaints about Library Gardens than “any other newer building” in the downtown area, even more than older buildings. Arreguin told the UK Mirror that the number of issues, the condition of the building and the slow response of building management to address problems makes Library Gardens “unique” compared to other newer buildings in the area.

Library Gardens was built by Segue Construction. In the last couple of years, Segue has faced lawsuits over defective balconies at their bay area properties and as a result has paid out over $6.5 million in settlements. Just last year, Segue paid roughly $3 million to homeowners at the North Park Apartments in San Jose over “water penetration” problems on dozens of balconies at the complex.

In a 2013 case, Segue paid $3.5 million through its insurance company to settle the complaints of several condo owners at a complex in Millbrae that had been completed just three years earlier. Segue was a general contractor on the Millbrae complex project, so it wasn’t named as a defendant in the original complaint. Nonetheless, homeowners accused the Segue of failing to waterproof the balconies, which caused “immense dry rot and mold,” which could be at the heart of the Berkeley collapse.

Berkeley’s mayor Tom Bates has publicly stated that the city’s investigation thus far shows that water-damaged wood likely caused Tuesday’s collapse. Reports have indicated that, like the Millbrae case, the support beams for the balcony may not have been properly sealed when the Library Gardens complex was constructed.

For now, the balconies at Library Gardens are not to be used until the results of a structural assessment are compiled.
balcony collapse Berkeley California Irish citizens