Most Railroads Will Not Have Positive Train Control Installed by 2015 Due Date, Potentially Putting Lives in Danger, GAO Reports

In a report issued a couple of weeks ago by the U.S. Government Accountability Office (GAO), most railroads reported that they will not be able to implement Positive Train Control (PTC) by the 2015 deadline set by the Rail Safety Improvement Act (RSIA). PTC, a system for monitoring and controlling train movements remotely, is a safety measure lawmakers pushed as part of the RSIA following the 2008 Chatsworth Metrolink crash that killed 25 people. 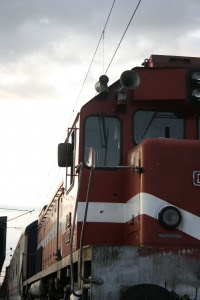 The move towards adapting PTC doesn't need to be explained to anyone that has been involved in a train crash. At any second, there are tens of thousands of passenger trains and freight trains moving through the U.S., at times moving at speeds of almost 200 miles per hour. Any human error with trains moving at those speeds could cost hundreds of lives. Positive Train Control means that a person doesn't have to slam on the brakes in the hopes of avoiding a collision if one is imminent – the train slows itself down. Safety reviews following the Chatsworth crash have led many to speculate that if PTC had been in place prior to the crash, it could have been avoided.

The report states that there are several related issues as to why the railroads find themselves unable to install PTC before the deadline. First, railroads reported that many of the components necessary to install PTC are still in development, and because PTC incorporates first generation components that are largely untested, there are lengthy testing phases that these parts and components need to get through before they can be put to use. Additionally, the railroads are concerned that due to the Federal Railroad Administration's (FRA) limited resources, they will be unable to quickly field test and certify PTC quickly enough to meet the deadline. Commuter trains are facing the same dilemmas, as they generally will be using the same PTC developed by the freight railroads. Commuter trains are also public operations, and are subject to budget shortfalls at the federal, state and local levels.

Regardless of these issues, the railroads and the government agencies in charge of enforcing regulation have a responsibility to protect the public from train disasters. The rail companies and the FRA have known about the 2015 deadline for about five years now, and yet the railroads "compressed time frames and undertook processes in parallel" rather than figuring out a streamlined approach to getting the job done. In no way does the blame for blowing past the deadline fall on the rail companies alone, as many are making concerted efforts to install PTC as quickly as possible. But at this late juncture, it does seem entirely plausible that they are dragging their feet a little, especially considering this technology isn't cheap (estimates place the cost between $9.5 billion and $13.2 billion over a 20 year span).

The railroads have their work cut out for them, because it is simply irresponsible not to safely and expediently implement Positive Train Control.