General Motors has issued a recall on roughly 230,000 of their SUVs over concerns that a defective door module can cause fire. GM's announcement is an expansion on an action took in 2012, which covered the Chevrolet Trailblazer and the GMC Envoy. According to NBC News, the problem lies with the window module and master power module on the driver's side. Liquid can seep into both areas, corroding electrical connections and causing the area to either short circuit or overheat. Some have reported fire as a result of the defective door module. 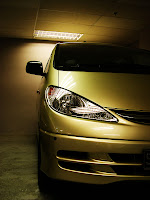 The original recall was issued last August and involved 249,260 vehicles in 20 states and the District of Columbia. The recall announced today concerns roughly 193,000 SUVs in the U.S. and another 38,000 SUVs sold in Canada, Mexico and other foreign markets.