Engineers Want Airbus A380's Grounded Due to Cracks in Wings 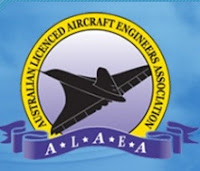 Aircraft engineers with the Australian Licensed Aircraft Engineers Association are calling on all Airbus A380 aircraft to be grounded after two A380's belonging to Singapore Airlines and one to Qantas Airlines were found to have cracks in the wings.


The Airbus A380, used by seven airlines worldwide, is the largest passenger aircraft in the world. Along with Singapore Airlines and Qantas, Airbus admitted on January 9, 2012 that they too had discovered cracks in the wings of their A380 aircraft. Surprisingly, Airbus and the airlines say that the planes in question are safe and repairs to the cracks had already been made.
Australian aircraft engineers disagree with both the airlines and the aircraft manufacturer. "We can't continue to gamble with people's lives and allow those aircraft to fly around and hope that they make it until their four-yearly inspection," said Steve Purvinas, secretary of the Australian Licensed Aircraft Engineers Association. There are currently 67 Airbus A380's in service around the world, with many more on order from Airbus.
News Source
Airbus A380 Aviation Aviation safety