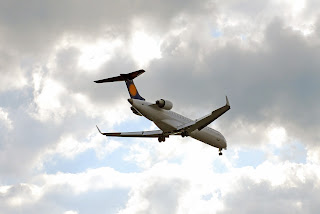 Government agencies unaffiliated with the United States military own or lease over 2,400 planes and helicopters, but they are left to their own devices when it comes to safety regulations. To put that number of aircraft in perspective, the largest airline in the world operates fewer than 1,300 planes. Unlike commercial airlines that are governed by safety regulations of the Federal Aviation Administration (FAA) and the National Transportation Safety Board (NTSB), government agencies do not have any oversight when it comes to the safety of their planes and helicopters. Authorities with the NTSB say this startling fact has contributed to at least 349 air crashes resulting in 135 deaths since 2000.
"The issue for us is who is responsible [for safety]. We have cases now where we ask the question and no one seems to know," said Tom Haueter, the director of the NTSB's office of aviation safety.
FAA inspectors share similar concerns, uncertain of what their role is when it comes to overseeing the safety of government planes and helicopters. Officials from the FAA have asked Congress to clarify their jurisdiction when it comes to overseeing the safety of government aircraft, but their request "isn't a high priority" as far as lawmakers are concerned.
Aviation safety FAA NTSB