Gross negligence is what caused the 2010 California 200 off-road race disaster, according to new lawsuits filed by victims 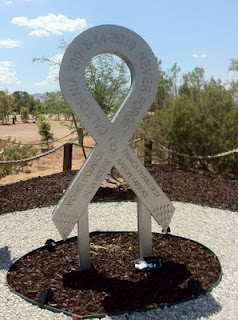 Baum, Hedlund, Aristei & Goldman filed personal injury lawsuits for four people injured due to the August 14, 2010 California 200 off-road race and a wrongful death lawsuit on behalf of a man killed in the disaster.
The lawsuits allege that the United States government, along with the race organizer, the race promoter, and the driver of the truck, were negligent in directly causing the catastrophic incident.
Eight people were killed and dozens were injured on August 14, 2010, when a modified 2000 Ford Ranger lost control and came barreling into the spectators gathered around The California 200 track in the Johnson Valley, California desert.  That area is owned, supervised, and maintained by the United States Department of the Interior, Bureau of Land Management.
Baum Hedlund filed the lawsuits on behalf of Alan Freeman, whose son Zachary Freeman, 24, was killed in the crash, as well as Travis Bonnar and Jennifer Bonnar (for her emotional injuries due to the injuries to her family), their son Jakob Bonnar and their daughter Heather Haverkamp, who were all seriously injured.
The complaints, filed on September 14, 2011 in the U.S. District Court, Southern District of California, assert that the race was negligently and recklessly managed, supervised, and operated by the United States Department of the Interior, Bureau of Land Management (BLM), as well as race organizers and promoters Mojave Desert Racing, Inc., (MDR) and Mojave Desert Racing Productions, Inc. (MDR Productions).  Also listed as a defendant, is Brett M. Sloppy, who owned, modified, and drove the Ford Ranger truck into the spectators on that fateful night.
According to the lawsuits, defendants were negligent in their conduct leading up to, and, during the off-road race that led to the serious injury and deaths of spectators, a fact that has been admitted by the United States Government in a report made public on November 10, 2010. It seems as if this race was doomed to turn tragic from the very first steps of organization during the Special Recreational Permit process, when the BLM failed to follow standard procedures and failed in its mandatory duty to ensure spectator safety.
Kate Gillespie, one of the lawyers representing the families, said that, in her opinion, “The Bureau of Land Management never should have issued a permit for this race in the first place.  BLM failed in its mandatory duties and failed to follow its own policies and procedures all to the detriment of the public at large. This race was carelessly planned and disorganized with absolutely no concern for the safety of the people that make this event worth having -- the spectators.”
The large group of spectators that gathered near the track to watch the race should never have been allowed so close, according to the suit.  The lawsuits also state that the BLM failed in its mandatory duty to insist that the race promoter comply with permitting requirements.  Further, BLM failed to intervene and insist, per its policies that spectator areas be clearly marked with temporary fencing to keep crowds at a safe distance from the off-road racing vehicles. The BLM also failed to adequately staff the event, the lawsuits said, adding that there was only one law enforcement ranger near the course and there was no emergency medical service available near the site. Because of this grossly negligent oversight, the suit says, it took over 30 minutes for emergency crews to arrive at the scene.
According to the complaints, if the permit process would have been properly followed, together with all stipulations required by the permit process, the permit would have been denied and the race would simply never have occurred.
The lawsuits claim that all defendants failed to follow mandatory procedures and failed to ensure the safety of the people present before and during the race. The complaint states that defendants MDR and MDR Productions were negligent and reckless in their planning, management and monitoring of the event, and thus exposed the spectators to the risk of injury and death.
These are believed to be the first lawsuits filed from this tragedy against the Bureau of Land Management (since the government claims filed by the victims were only recently deemed denied).
Baum Hedlund, a Los Angeles-based mass disaster law firm, filed a previous lawsuit in December 2010 on behalf of the mother of Andrew Therrien, 22, who was one of eight spectators killed during The California 200 tragedy.  That lawsuit, however, did not, nor could it, name the BLM as a defendant.
Andrew Therrien BLM California 200 off-road race MDR spectator sport deaths Travis Bonnar Zachary Freeman