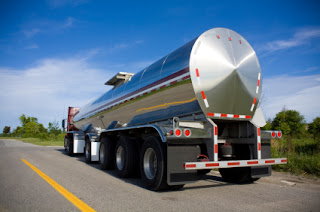 The National Highway Traffic Safety Administration (NHTSA) estimates that 423 people die each year when their passenger vehicles collide with the backs of large tractor trailers. NHTSA also estimates that truck crashes of this kind injure 5,000 people each year. As a countermeasure for reducing these injuries and deaths, the Insurance Institute for Highway Safety is petitioning the United States Government to mandate strong underride guards for large tractor trailers.
The front-end of cars are designed to withstand high amounts of crash energy. But in accidents where a passenger vehicle crashes into the back end of a tractor trailer, the vehicle’s passenger compartment is usually crushed and the body of the trailer intrudes into the vehicle’s safety cage. The chances of walking away from an underride accident are slim.
The Insurance Institute for Highway Safety (IIHS) recently conducted a series of crash tests on trailers and underride guards to test their effectiveness in crashes involving passenger vehicles. They discovered that even some of the underride guards that comply with U.S. rules failed at relatively slow speeds. In three of the crash tests conducted, the heads of crash dummies in the car made contact with either the intruding trailer or a piece of the car’s hood after it tore free.
Currently, in order to meet certification standards in the U.S., the trailer, underride guard, bolts, and welding don’t have to be evaluated as a whole. The crash tests conducted by the IIHS seem to confirm that standards and practices in underride safety still have a long way to go, and without regulation and oversight people will continue to be hurt or killed in underride accidents.
Truck Crash Truck safety