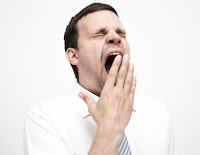 On March 25, 2011 the National Transportation and Safety Board (NTSB) took a step toward changing the rules that govern airline pilot fatigue, saying that pilots should be allowed to take carefully monitored prescription sleep aids the night before a flight.
A fatal 2008 plane crash in Minnesota was the catalyst for the NTSB’s recommendation regarding pilot fatigue. The pilots on the East Coast Jets charter flight to Owatonna, Minnesota overshot the runway when attempting to land, killing eight people onboard. Both pilots involved in the crash failed to get enough sleep the night before the fatal flight, both may have had undiagnosed sleep disorders, and the co-pilot had trace amounts of Ambien in his system.
The Federal Aviation Administration (FAA) currently prohibits the use of prescription sleep aids like Ambien for pilots within 24 hours of a flight, but according an NTSB senior human performance investigator, Ambien and drugs like it usually leave the system quickly and can potentially give pilots the sleep they need when working odd hours. A spokesman for the FAA says they will study the NTSB’s recommendation.
The FAA has proposed restrictions on pilot schedules as a way to combat fatigue, but in the case of the Minnesota crash of 2008, these restrictions would not have made a difference. The NTSB also endorses restrictions on pilot schedules.
http://content.usatoday.net/dist/custom/gci/InsidePage.aspx?cId=cincinnati&sParam=44909946.story