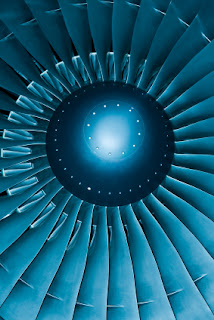 A Qantas flight experienced an engine blow-out midair on November 4, 2010, prompting the airline to ground its Airbus A380 aircraft. Qantas flight QF34, a double-decker Airbus A380 superjumbo jet, was carrying 459 people when it experienced engine failure about 15 minutes after take-off from Singapore. The plane was able to make a safe emergency landing back in Singapore, about one hour and 50 minutes after the initial take-off. On board were 433 passengers and 26 crew members. No one was injured.
Federal investigators have begun a probe into the engine failure. It remains unclear what caused the midair mishap but some experts have mentioned a possible ‘uncontained engine failure,’ which occurs when jet engine debris punctures the outer parts of the engine. There have been conflicting reports among witnesses and officials on what may have caused the failure. People on board the plane and on the ground reported loud blasts before the left engine (closest to the fuselage) caught on fire and began to shed smoke and debris. Qantas has said that there was no explosion and called the problem an “engine issue.” According to the LA Times, the A380’s left inner engine had visible burn marks and was missing a plate section. The left wing also showed signs of damage.
“Catastrophic engine failures with modern day jet engines are rare events, but when they happen it can very often result in injury and death,” said Baum Hedlund attorney and former airline captain John A. Greaves. “Fortunately on this occasion the pieces of the shattered engine did not breach the fuselage.”
The airline has suspended A380 services while an investigation into the midair mishap takes place. Investigators are sure to inspect the shattered Rolls-Royce engine as well as the more than 100 pieces of debris collected along the Indonesian island of Batam. Rolls-Royce and Airbus are also expected to participate in the investigation.
Although Qantas has a stellar safety record, with no passenger or crew deaths since the late 1950s, this is not the first safety incident involving an A380. In 2009, a Singapore Airlines Q380 suffered engine malfunction and was forced to turn around mid-flight. Also that year, a Qantas A380 had two tires burst on landing in Sydney.
Airbus Aviation Qantas