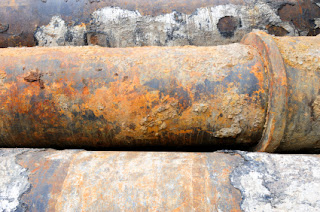 In the wake of the deadly San Bruno natural gas pipeline explosion, government officials have begun to push for stricter gas pipeline safety standards. On September 22, just two weeks after the September 9 explosion that killed eight people and destroyed 37 homes, California senators Diane Feinstein and Barbara Boxer introduced a bill to bolster safety standards. The bill, called the Strengthening Pipeline Safety Enforcement Act, would mandate better inspection devices and tests and would double the number of federal pipeline inspectors to 200 over the next four years. The bill would also require automatic electronic shut-off valves “wherever technically or economically feasible," and would authorize penalties of up to $2.5 million for violations of safety standards.
Representative Jackie Speier, D-SF, also introduced similar legislation called the Pipeline Safety Community Empowerment Act of 2010. Speier’s bill would also mandate the installation of automatic shut-off valves wherever they are technologically feasible. The probe into the deadly San Bruno blast revealed that it took workers almost two hours to shut off the manual valves, time that could have potentially saved lives and homes. The bill would also mandate that gas line operators provide the location information of pipelines as well as emergency response plans to emergency responders and regulators, among other provisions.
As the investigation into the cause of the fatal blast continues, state legislators hope that a similar catastrophe will be avoided in the future. "The pipeline explosion in San Bruno was a tragedy that must never occur again in any American neighborhood," Feinstein said in a statement. "The American people must be assured that the pipelines that crisscross the nation and run beneath their streets are safe."
Gas pipeline explosion PG+E San Bruno