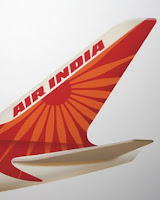 Early reports indicate that Air India’s Boeing 737-800 veered off a hilltop runway upon landing at Mangalore airport in southern India on Saturday, May 22, killing 158 people. The Air India Express Flight #182 plane was arriving from Dubai when it overshot the runway, broke into pieces and burst into flames. A large crowd looked on in horror as Indian rescue personnel hurried to put out fires and search for survivors. Only eight people out of the 166 aboard the plane survived in what is now the worst Indian air disaster in a decade.
Safety authorities, including the U.S. National Transportation Safety Board (NTSB) have begun their investigation into what caused this tragic accident. Investigators will look into possible technical failures as well as how far and how fast the plane landed on the runway. Weather conditions and visibility conditions were good at the time of the crash.
If early reports are correct, this catastrophic disaster will be dubbed a “runway excursion,” a term given by safety experts for crashes involving runway overruns. In the past 20 years, runway excursions have accounted for nearly 40% of all commercial aircraft accidents, with most occurring during landings. Many runway excursions are caused by unsafe runways or lack of cockpit discipline. Investigators will look at the size and makeup of the safety zone at the end of the runway in Mangalore airport, which is reported to be about 300 feet, far smaller than recommended by international safety standards. Authorities will also look into the possibility of pilot error.
The air crash investigation is being conducted by India's Directorate General of Civil Aviation. The U.S. team helping India with the investigation consists of Joe Sedor, the NTSB’s Senior Air Safety Investigator, an NTSB flight operations specialist, an NTSB aircraft systems specialist, and technical advisors from the Federal Aviation Administration and Boeing.
Air India Airline Crash Aviation