Is Your Captain on Antidepressants? 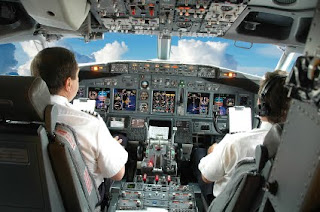 The FAA has proposed a rule to allow commercial pilots to fly revenue passengers while taking one or more of the enumerated selective serotonin reuptake inhibitors ("SSRI"). The proposal raises many important safety issues that need to be fully and clearly addressed to the traveling public.
SSRIs are popular antidepressants used for the treatment of depression, anxiety, bipolar and a host of other mood and mental disorders. Millions of people take SSRIs, and it is reasonable to assume that some commercial pilots do, or if this rule is enacted will, take these drugs. Currently, it is a disqualification for flight duty for a commercial pilot to be on one of the enumerated SSRIs.
The FAA has proposed that a pilot taking SSRIs for a year can be eligible for a First Class Medical Certificate and then be able to exercise airman certificate privileges, including the Airline Transport Pilot certificate required to serve as captain in airliners carrying passengers and cargo. Full disclosure of the studies, if any, regarding issues such as how the long-term use of these SSRIs affect pilot performance, needs to be made to the public. Do any scientific studies on long-term usage support the rule? Is there any peer-reviewed medical literature that supports such a proposal?
Questions concerning long-term SSRI usage effect on pilot cognitive function and motor skills need to be publicly aired. How will long-term use of an SSRI affect alertness? Perception? Judgment? Memory? Fatigue? Emergency response? Will aircraft control and other mental and physical abilities under the extreme pressure of dire emergencies be compromised in any degree? Would performance have been affected by long-term SSRI use in a situation like the emergency landing in the Hudson River after the bird strike which disabled both of the aircraft’s engines? For that matter, would a First Officer on such drugs have been able to provide the necessary assistance required in such an emergency?
SSRIs are notorious for side effects, some quite serious such as suicidal behavior and hostility, that often afflict a patient after dose alteration – up or down. How does the FAA propose to monitor such activity, and will a new one-year waiting period begin after every dose adjustment? And what about monitoring the severe withdrawal reactions patients experience when they stop taking the drug or just miss some doses when they forget to bring their SSRI pill bottle when travelling?
Airline passengers should not be guinea pigs unwittingly impressed into an experiment to determine whether long-term SSRI usage might compromise their safety. In the absence of solid research, testing, and experience, it may well be of highly questionable ethics to turn SSRI-drugged commercial pilots into test pilots at the potential risk to passengers and people on the ground. How many passengers would willingly ride on an aircraft commanded by a pilot that has been under the influence of SSRIs for a year or longer?
Or undergoing withdrawal reactions due to having ceased taking the pills or having missed some doses because they left the pills at home? Will passengers ever know?
The traveling public deserves to have complete, documented answers to these questions.
John A. Greaves
Airline Transport Pilot
Ret. Airline Captain
Airline Disaster Attorney
Aviation