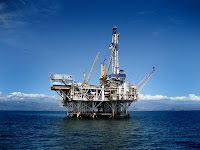 About 5,000 barrels of oil, or 210,000 gallons, are estimated to be spilling into the Gulf of Mexico each day, a week after what is becoming the nation’s worst environmental disaster in decades, predictably worse than the 1989 Exxon Valdez oil spill in Alaska’s Prince William Sound.

On April 20, 2010, a BP oil rig inexplicably exploded more than 40 miles off the Louisiana coast, unleashing a massive oil spill that has threatened the ocean wildlife as well as the fishing industry and tourism, leaving thousands of jobs and livelihoods in peril.

This oil spill will no doubt have a devastating effect on hundreds of species of fish, birds and other wildlife along the rich seafood grounds of the Gulf Coast. Also in danger are the livelihoods of fishermen and businesses that have for generations earned a living from the shrimp, oysters and other marine life on the coast. Oil company BP PLC has taken full responsibility for the spill and has stated that they “will clean it up and where people can present legitimate claims for damages we will honor them.” According to the locals, however, BP has already let them down. A fishing guide in Florida said “They lied to us. They came out and said it was leaking 1,000 barrels when I think they knew it was more. And they weren’t proactive.”

The government and the Coast Guard have also been facing questions on whether enough has been done to plug the underwater oil leak. In a White House Garden event on Friday, ten days after the explosion, president Barack Obama directed that no new offshore oil drilling leases will be issued unless oil rigs have new technologies in place to prevent this type of catastrophe. Obama also gave Interior Secretary Ken Salazar 30 days to report on what new safeguards are needed to protect against oil spills from similar deepwater drilling rigs in the future. For now, a state of emergency has been declared in Florida’s Panhandle coastal counties and hundreds are now forced to anxiously wait in anticipation of the hardship they will face as the oil seeps closer to the coast.
oil spill