February 04, 2015
“There was some sound next to me. It did not feel right.” - Huang Jin-sun, survivor of TransAsia Airways Flight GE235 crash in Taipei.

A TransAsia Airways flight with 58 people aboard crashed in Taipei shortly after takeoff on Wednesday morning, killing at least 32 people with 11 people still unaccounted for. The ATR 72 twin engine turboprop plane went down just after 11:00 a.m. in the Keelung River near the Nunhu Bridge. 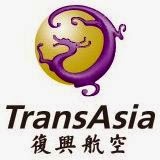 Shortly after the plane departed from Sungshan Airport for a short flight to Kenmen, someone in the cockpit (it remains unclear whether the person was a pilot) radioed in to air traffic controllers, “Mayday. Mayday. Engine flameout.” The shocking moments that followed were actually captured by the dashboard camera of a car on the Nunhu Bridge.

Roughly three miles from Sungshan Airport, the plane can be seen narrowly missing a building as it continues to lose altitude. As the plane nears the Nanhu Bridge, it turns onto its side. One of the wings actually clips a passing car and scrapes the roadway. The fuselage barely clears the bridge before leaving the camera’s view and crashes into the river.

Emergency responders arrived at the crash site and immediately began to pull survivors from the wreckage. Many of the 15 people that survived the tragedy were injured. Two people in the car that was hit were also injured. As of Wednesday night, the death toll was listed as 23 with 20 people listed as missing. Today, that number has risen to 32 with 11 people still considered missing. The cockpit crew are listed among the deceased.

In the immediate aftermath of the crash, TransAsia Airways CEO Chen Xinde said 31 passengers aboard GE235 were Chinese citizens and 22 were from Taiwan. TransAsia sent the passenger manifest to officials, and families are in the process of coming forward and identifying victims. The airline is in the process of giving families condolence money (roughly $6,360) and will also distribute funeral funds for families identifying victims.

According to CNN, China will send officials to Taipei assist Taiwan’s Aviation Safety Council (ASC) investigation. So far, the ASC has said the crashed plane was less than a year old and had a safety inspection on January 26. No information has been offered as to what caused the crash.
Commercial plane crash Sunghan Airport Taipei TransAsia Airways