FAA: Pilots Rely Too Much on Automation

November 22, 2013
On June 1, 2009, Air France Flight 447 crashed into the Atlantic Ocean after going into a high-altitude stall. All 228 people on the plane were killed. Investigators would later say the crash was caused by pilot error, as it appeared that the pilots never realized the plane was in a stall before it plunged into the ocean.

On July 6, 2013, Asiana Airlines Flight 214 crashed during a botched landing attempt at San Francisco International Airport. Three young girls were killed and dozens sustained injuries. The National Transportation Safety Board (NTSB) has not issued a final report on the crash, though their investigation has so far revealed that the pilots' heavy reliance on automated cockpit equipment likely contributed to the plane's ill-fated approach.

Earlier this week, a Russian plane crashed after plunging to the ground in a near-vertical nosedive. All 50 people aboard the plane were killed. The investigation into the crash is only in the early stages, though reports have indicated that a series of faulty maneuvers on the part of the pilot may have caused the crash. 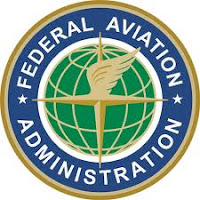 In response to recent high-profile crashes, the Federal Aviation Administration (FAA) is expected to release a report detailing just how much commercial pilots rely on automation, as well as recommendations to improve safety. Computer navigation systems, autopilot, auto-throttles and other automation on aircraft are supposed to improve safety by eliminating the potential for pilot error. But these new technologies come with a downside since pilots that rely too heavily on these technologies run the risk of having their manual piloting skills deteriorate over time.

Pilot reliance on automation systems is a "growing concern worldwide" for the aviation industry, said aviation expert Chesley "Sully" Sullenberger on CBS 'This Morning'. At present, airlines in the U.S. "only provide the FAA-mandated amount" of training, which Sullenberger believes is "not enough."

To address these concerns, the FAA report will include 18 recommendations to improve safety, such as better pilot training on cockpit devices, improved design of automated cockpit systems, and enhanced procedures for dealing with system malfunctions or mistakes. According to Bloomberg, the FAA has "taken action" on the 18 recommendations, and FAA Administrator Michael Huerta has scheduled a meeting with airlines to discuss other voluntary steps to improve pilot training.