October 16, 2013
A small plane went down last week outside of Julian, California, killing 52-year-old Roberta Ann Rose and 55-year-old Andrew William Thulin. In the aftermath of a plane crash such as this one, the government normally sends investigators from the Federal Aviation Administration (FAA) and/or the National Transportation Safety Board (NTSB). However, with the government shutdown now stretching into its 15th day, no government representatives are investigating this crash, and the families and friends of Rose and Thulin are left looking for answers. 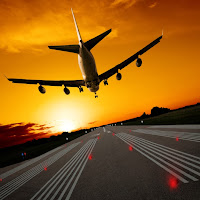 According to NBC San Diego, nearly 3,000 inspectors with the FAA have been furloughed due to the government shutdown, including 20 FAA officials based in San Diego. Former FAA air traffic controller John Wilfong is frustrated with the shutdown and the resulting furlough of his old coworkers. "We still don't know if there was a mechanical problem," said Wilfong of last week's crash in a remote area outside of Julian.

Linda Goodrich, vice president of Professional Aviation Safety Specialists, whose union represents FAA investigators, told NBC that an air carrier accident would trigger an FAA investigation, along with a crash involving "somebody of high visibility." She added that FAA workers are "outraged over the fact that aviation safety and the safety of the public is going second to politics." The investigators are by no means alone with those feelings. The family of Roberta Rose were frustrated in the aftermath of the crash, as no federal or regional agencies reached out to the family to provide information. The family actually found out about the fatal crash through a friend.