The National Transportation Safety Board (NTSB) has had general aviation safety on their 'Most Wanted' list since 2011. The agency feels that non-scheduled civilian flights are an area where safety can be improved upon, and in an effort to improve pilot training and education, the agency is releasing a series of videos on general aviation on their YouTube channel. The release of the videos comes months after the NTSB released safety alerts for civilian pilots, making recommendations on safety in reduced-visibility conditions, applying safety to flight decision making practices and detecting aircraft mechanical problems before flights. 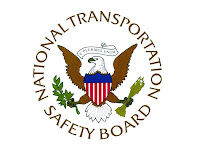