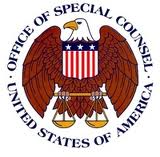 The Office of Special Counsel (OSC) sent a letter to President Obama and Congress on May 8, urging the Federal Aviation Administration (FAA) to expand aviation regulations. The OSC is an independent agency charged with investigating federal whistleblower allegations. In her letter to the President and Congress, Special Counsel Carolyn N. Lerner went public with recent allegations made by eight federal whistleblowers because the FAA and its parent department, the Department of Transportation (DOT), did not do enough to adequately address the safety concerns voiced by their employees.

Numerous air safety disclosures were made by the aviation whistleblowers, all FAA employees, regarding safety lapses at American commercial aviation facilities and major airports. “Given the recurring and serious nature of these concerns,” Lerner states in the letter, “I write with a strong recommendation that more rigorous oversight measures be put in place at DOT and FAA to ensure a higher standard for aviation safety.”

The following safety lapses are just a few in a long list of troubling allegations made by FAA whistleblowers dealing with aviation safety:


The rules of operations on parallel runways at Detroit Metropolitan Airport have resulted in planes getting too close to one another during takeoffs and landings.

The OSC received a total of 87 aviation-related FAA whistleblower disclosures between 2007 and present day. Roughly half of the aviation disclosures were sent to the Department of Transportation (DOT) for further investigation, and all but five of those disclosures referred to DOT were found to be at least "partially substantiated." By comparison, OSC's average referral rate for substantiated disclosures for other government agencies comes to roughly five percent. This seems to imply shocking deficiencies in the FAA’s safety oversight function, which can lead to unnecessary risks and catastrophic results.

The letter states that disclosures describing inefficiencies on the part of the FAA "paint a picture of an agency with insufficient responsiveness given its critical public safety mission." In her conclusion, Lerner says, " the public properly expects zero tolerance for unnecessary risks" when it comes to air travel.