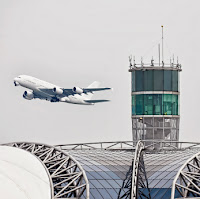 American air travellers were justifiably concerned after media reports recently detailed multiple incidents of fatigue or distraction involving air traffic controllers. U.S. airline accidents occur for a variety of reasons, including pilot error, substandard maintenance and equipment failure. As unnerving as any of these circumstances may be, the thought of an air traffic controller falling asleep on the job is simply unacceptable.

Some administrative fallout came in April when chief operating officer of air traffic for the Federal Aviation Administration (FAA) Hank Krakowski resigned one day after the latest incident. The flight crew of a medical transport delivering a sick passenger was attempting to land at Reno-Tahoe International Airport in Nevada at 2 a.m. while the sole air traffic controller on duty was asleep. This incident caused the FAA to revise a policy that called for only one controller during the overnight shift at 28 sites nationwide.
Other troubling incidents in recent months indicate a widespread and persistent threat to U.S. aviation safety that needs focused attention:
·       Officials reported that two air traffic controllers at Preston Smith Airport in Lubbock, Texas, were suspended in late March after failing to contact another control center about a plane’s progress.
·       A controller was suspended at Seattle’s Boeing Field/King County International Airport after reports of sleeping on duty in early April.
·       An air traffic supervisor at Reagan National near Washington, D.C., was reportedly dozing while two planes landed in March.
·       A Knoxville, Tennessee, controller who slept through seven landings during a five-hour period one night in March was reported to have set up a bed in the control tower to make napping more comfortable.
·       In January, an American Airlines Boeing 777 departing JFK nearly collided with two military C-17 cargo aircraft approaching McGuire AFB in New Jersey due to a distracted controller’s failure to heed warnings.
Trish Gilbert, executive vice president of the National Air Traffic Controllers Association (NATCA), which represents over 20,000 American aviation safety professionals, told the Washington Post that her organization has strived to make the FAA aware of the problem: “We’re trying to make sure they understand that in the 24-7 operation we have, there is fatigue in the system. Previous administrations have been aware of it but never addressed it. We’ve made some headway with this administration.”
A recently implemented plan mandates at least nine hours off between shifts, but NATCA has also advocated for recuperative breaks during shifts, and better awareness that aviation safety has to be insulated from budgetary decisions. While no major U.S. airline crashes resulted from this recent spate of unsupervised air traffic, aviation safety advocates have a clear indication that immediate progress is crucial.
air traffic controllers Airplane Crash Aviation Aviation safety